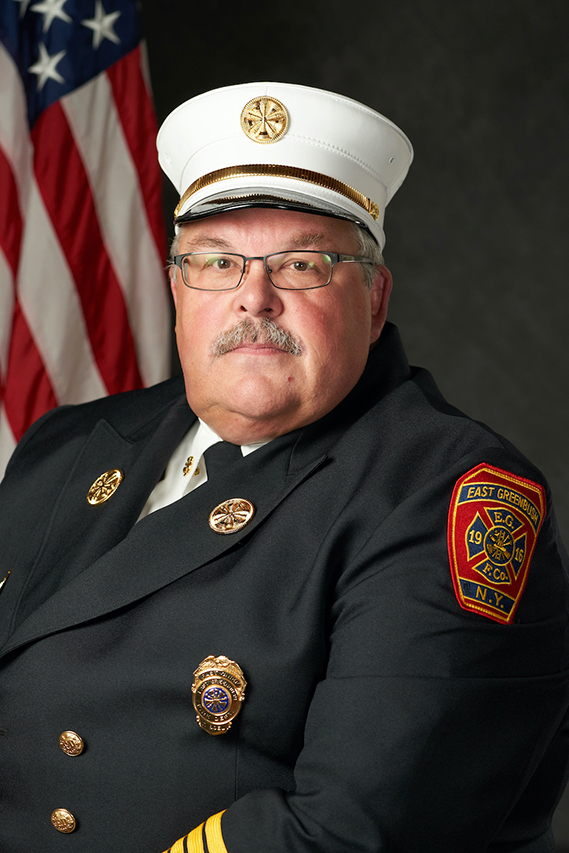 Chief Timothy E. Boel has been a member of the East Greenbush Fire Company since 1978 and has been a fire officer since 1981. He has served as vice president, president, member of the board of directors, commissioner, assistant chief, and chief of department. Boel has also served as a deputy battalion coordinator for Rensselaer County since 2003. He is a member and past president of the Rensselaer County Fire Chiefs Association, a member and past president of the New York State Association of Fire Safety Educators, and a member of numerous other emergency services organizations in New York state. Boel has also served as a New York state fire instructor since 1995. He joined NYSAFC in 1983 and is a life member. Prior to being elected to the board of directors in 2019, he served on the Public Education Committee since 1985 and was chairman from 1992-2002 and vice chairman from 2002-2019.