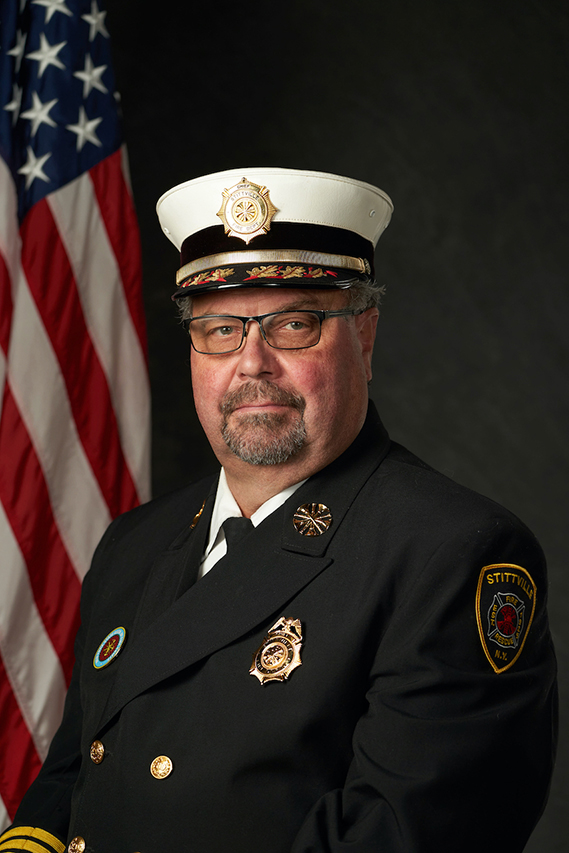 Chief William K. Owen III has been an active member of the Stittville Volunteer Fire Department since 1976, joining as one of the department’s first junior members. He has risen through the ranks as training officer and was promoted to lieutenant in 1980, assistant chief in 1984, and chief in 1990. Owen currently holds the rank of assistant chief and fire prevention officer. In 2002, he proudly served the Oneida County Fire Chiefs Association as president. Owen continues to serve the association as secretary/treasurer. He also is a member of the Firemen’s Association of the State of New York and the Oneida County Volunteer Firemen’s Association, where he serves as chairman of the Scholarship Program. In 2016, Owen retired from the New York State Office of Mental Health, where he was employed for over 34 years. During his tenure as chief of safety and security, Owen was able to apply the knowledge gained through his years of fire service training and experience. The fire service has been a large part of the Owen family. Bill followed his namesakes, William K. Owen and William K. Owen Jr., by leading the Stittville Department for many years and he continues on the path of his father. A member of NYSAFC since 1980, Owen was appointed to the Conference Committee in 2013 as a member of the Life Safety Sub-Committee and he is currently proudly serving on the board of directors. His dad, William K. Owen Jr., led NYSAFC as president from 2008-2009. Bill and his wife, Candace, share the love of being raised and living in a small community. They chose to work close to home and remained in the hamlet of Stittville to raise their three daughters surrounded by family love. Bill and Candy’s daughters and sons have done the same. Danielle, Derek, and Lil’ Devin, Michelle and Bob, and Katelynn and Brent proudly offer support as Bill continues in his variety of roles in the fire service. “There’s no better gift than a close family that serves their community.”