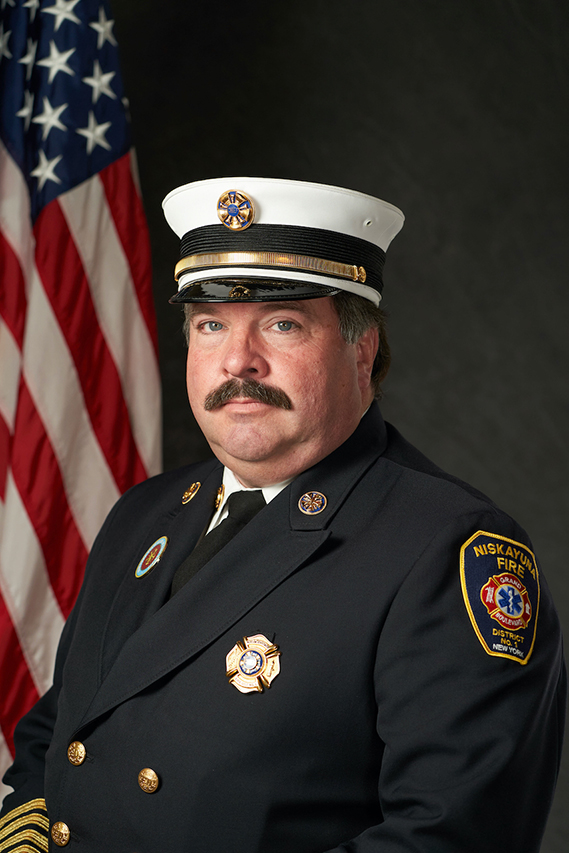 Dale G. Lingenfelter has been a member of Niskayuna Fire District No. 1 for 32 years, serving as fire chief since 2006. Lingenfelter began his firefighting service in 1979 with the Evans Mills Volunteer Fire Department and later served with the Pleasant Square Fire Department until joining NFD No. 1 in 1986 as a volunteer member. He was appointed to the position of career firefighter/paramedic in 1990 and fire lieutenant/paramedic in 1995. Since 2003, Lingenfelter has served as a New York state fire instructor in Schenectady County. He is also an adjunct instructor for the fire protection program at Schenectady County Community College and instructs for the New York State Office of Emergency Management. Lingenfelter was a member of the development committee and executive committee for the New York State Urban/Technical Search and Rescue program from 1997-2007, serving as technical team manager. A member of NYSAFC since 2006, Lingenfelter served as chairman of the Paid Officers Committee from 2013 until joining the board of directors in 2018. He is an active member of the International Association of Fire Chiefs, Career Fire Chiefs of New York State, New York State Fire Marshals & Inspectors Association, International Code Council, and National Fire Protection Association. Lingenfelter holds an associate’s degree in electrical engineering technology from the State University of New York at Canton and a bachelor’s degree in fire service administration from Empire State College.